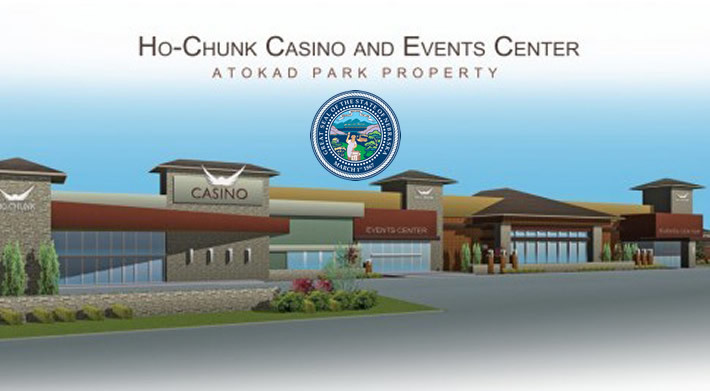 Residents in the state of Nebraska may soon find themselves being asked to sign a petition to approve a referendum that would allow casino gambling to take place at the six horse tracks licensed within the state. The proposal comes from the Horsemen’s Benevolent Protection Association and the Winnebago Native American Tribe.

Through an organization known as Keep the Money in Nebraska, the two groups gave notice on Wednesday to the Secretary of State’s office that they intend to collect signatures to have the issue added to the statewide ballot in 2020.

The proposal would call for amendments to the state’s constitution which would make gambling legal as well as establish laws for the regulation of casino gaming.

Organizers behind the proposal say the state would be able to collect taxes on about $500 million that Nebraska residents currently wager every year in surrounding states.

The Winnebago Tribe puts additional taxes that would be generated by expanding gaming at somewhere around $50 million annually. The tribe asserts that this extra revenue could be used for such things as public school funding, property tax relief, and prevention and treatment of problem gambling.

An attempt was made to get this issue on the ballot in 2016 but it failed because there were not enough signatures. At that time, the 120,000 residents who did sign were not enough. To get the item on the ballot this time, 450,000 will need to put pen to paper and sign their name.

Even with such seemingly daunting odds, the group is still quite optimistic that it won’t fail this time. They say the petition will include simpler language, fewer questions will be asked, and a new group is being used to collect the signatures.

Lance Morgan, the chief executive officer of Ho-Chunk, Inc, a development corporation that works with the Winnebago Tribe said, “I think it’s a double positive for Nebraska. We’ll get some gaming revenue going. We’ll also help revive a struggling industry, and in doing so, give rural Nebraska a much-needed economic boost.” He also added that even though political leaders in Nebraska say they are against casino gaming, “we have a lottery and any Nebraskan who wants can cross the border and gamble.”

Heavy Competition Beyond The Borders

Nebraska is surrounded by states that allow various kinds of gambling and those states are getting lots of extra revenue from Nebraska residents who have to cross state borders to gamble legally.

Casinos currently operate in South Dakota, Kansas, Missouri, Colorado, and Iowa. Sports betting at casinos is also under consideration in Iowa. The Winnebago tribe also operates the WinnaVegas Casino Resort in Sloan, Iowa, showing that they do have some knowledge of what they’re talking about.

Nebraska is one of only a handful of the 50 US states that do not yet have some form of commercial casino gambling.

It’s true that land casinos provide some excitement that can’t be matched. But in the meantime, you can always have fun and play your favourite online slots at the best USA online casinos.

If put through, this proposal would enact a 20% tax on gross gaming revenue for any and all operators licensed within the state.

The Nebraska Family Alliance is firmly against the legalisation of gambling within the state, claiming that casinos have been linked to such problems as prostitution, increases in domestic violence, child abandonment, and even sex trafficking.

No matter what one thinks about the morality of gambling, it’s hard to ignore the numbers and the potential benefits that come from both tax revenue and the jobs that casinos generate.

Across the United States, Native American casinos win an enormous amount of money. The American Gaming Association released a report last November which stated that tribal casinos make up nearly half of all gaming revenue in the country’s market, 43.5%.

In 2016, 676,428 workers were employed by roughly 500 Native American casinos. Those workers were collectively paid more than $36 billion and the tribal gaming operations paid about $15.2 billion in taxes to local, state, and federal governments.

Secretary of State Robert B. Evnen must review and approve the language of the petition before anything moves forward. That will most likely take several weeks, but there’s a very good chance that residents will come across it in the near future.

Nationally, Native American casinos continue to win a lot of cash. A report released last November by the American Gaming Association revealed that tribal venues account for 43.5 percent of the entire US gaming market.

Some 500 Native American casino resorts employed 676,428 workers in 2016, and they were paid in excess of $36 billion. Additionally, the tribal venues contributed $15.2 billion in local, state and federal taxes.

It will take a few weeks for the office of Nebraska Secretary of State Robert B. Evnen to review and approve the petition language.