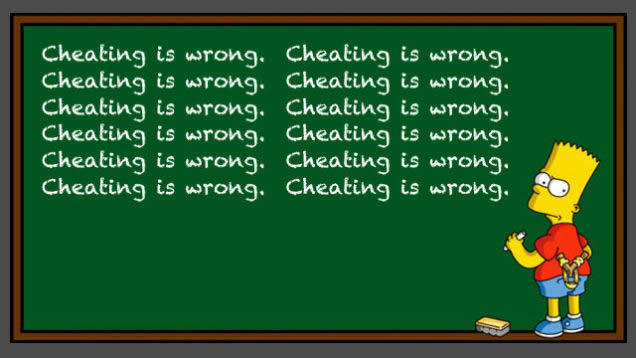 Let’s face it – we all feel respect and admiration for the people who managed to beat the system and succeeded in turning its flaws to their own advantage. Every mechanism, no matter how perfect it may seem and how smoothly it runs, has a crack, which (unfortunately?) not all of us can see.

In the ongoing battle between the player and the casino, where one attempts to beat the odds and other to control them, the cracks and imperfections are where all the chips fall down. In some cases, only the rare among us get to take the proverbial chips home. Of course, not many people come out as winners in trying to defeat the casino – but the ones that do become the living myth and a corner stone of dreams and ambitions.

Possibly one of the most daring casino con involved a team of three people, roulette ball and a radio. With the help of an inside man who just so happened to be a croupier, the receiver was placed inside the faux roulette ball. The radio transmitters was located in the pack of cigarettes and controlled by the croupier’s sister, who navigated the false ball towards the grouping set of 6 numbers.

The accuracy score reached the astonishing 90 percent, making around 5 millions francs to this ingenious trio. As fate would have it, the female member eventually caught the eye of casino owner. After making a few failed advances, the owner paid closer attention to Monique (which was her name) and it wasn’t long before the entire scheme was exposed.

Curiously enough, brains can be just as treacherous as beauty. The demise of Dennis Nikrasch was sadly caused by his putting trust in the hands of the wrong people, while his plan was otherwise immaculate.

After buying a slot machine for personal use, Dennis legally purchased a computer chip used for regulating the slots. All that was necessary to trigger the payout was a slight chip modification and soon Dennis was able to use the same procedure on the actual casino machines. As a former locksmith, Dennis easily acquired the key used for unlocking the slot machines and everything ran flawlessly until a crew member spilled the beans to FBI.

Similar to the Nikrasch affair, Ronald Harris, Nevada Gaming Control inspector used his technical knowledge and credentials to “improve” the same machines he was supposed to inspect. His alterations consisted of programming the machines to release the maximum amount after the player repeats a predefined pattern of entering the coins and pulling the lever.

The entire plan blew up in Harris’s face, when his accomplice was caught trying to leave the casino after collecting his win in a rather suspicious manner. It did not help that a software containing the machine’s source code was found in Harris’s possession, along with a few other incriminating objects.

For the members of the notorious “cutters”, things did not end quite as gloomy as for our first group of anti-heroes. Using the card cutting tradition in baccarat, one of the members would skilfully and unnoticeably separate the cards with his index finger and record them with a camera placed in the cufflink on his sleeve. The camera images would then be handed over to the accomplice in order to analyse them. One million dollars later, the cutters were caught, but managed to escape.

Since the brilliance often lies in simplicity, it is no wonder how some cheating strategies remain forever unnoticed. One of those is a well-known, back to basics Savannah move, made known to the general public by the inventor himself, Richard Marcus. The move included two chips, one on top of the other, placed as a bet on a roulette table. The smaller value chip was placed on the top. If the spin would result in a win, Richard would reveal the high value chip and collect the winnings. In case of a losing spin, all he had to do was take the chip back before the croupier gets it. This would inevitable lead to an argument, but since the betting amount was modest, Richard was usually able to avoid serious consequences. This strategy was finally revealed by the man himself, who described it in his book “American Roulette”.

Ironically enough, probably one of the most elaborate cheat methods, including the usage of technology, was not committed by a millennial, but by a Baptist Blackjack enthusiast, Keith Taft. This man created a mobile device strapped around his waist that received data input with the help of Keith’ s foot. The further calculations performed by this primitive computer were transmitted to his glasses with LED lights enforced frames. As the time passed, the devices were smaller and the actual network of technology and participants more complicated and advanced. One of the swindled  casinos eventually caught up with Keith and his misdeeds, however there were no legal repercussions, as FBI could not operated the device.

One of the most recent cases, involves a professional poker player – Phil Ivy – who was accused by Atlantic City casino of cheating at Baccarat, winning a total of $9,6 million. Phil Ivy is suing the casino back, blaming the card maker for the deffect (???!!). For more information about this case, check this article.

Still, the best and most ingenious strategies remain covered with a veil of mystery and people behind them maintain their anonymity. Feeling inspired yet?