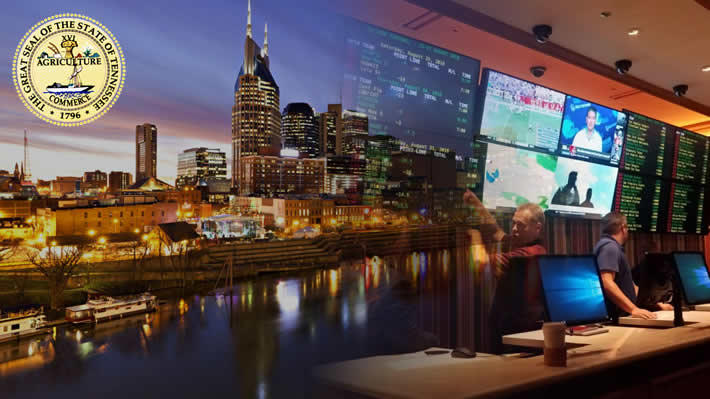 On Tuesday, April 9, a Tennessee bill that would make online sports betting legal within the state advanced out of a legislative committee.

The General Assembly’s House State Committee approved House Bill 1 by a 12 to 5 vote with one member abstaining. If the bill becomes law it would make Tennessee the first US state to allow sports betting without establishing any retail sportsbooks.

The bill, sponsored by Representative Rick Staples of Knoxville has already undergone several changes since it was first presented earlier in the current session and more adjustments were made as it made its way through the committee on Tuesday.

A number of changes were made to the bill before the committee ultimately approved it. The most notable of the amendments was added language that would prohibit certain school officials and students from placing bets. The change was requested by Vanderbilt University and the University of Tennessee.

State Representative Bob Ramsey explained, “It is an effort on those institutions to protect information, protect their athletes, protect the families of the athletes as this goes forward.”

HB1 will no go to the House Government Operations Committee. The committee has not yet scheduled any hearings on the bill, however.

It may take sometime until sports betting and casinos are available to public in some places. In the meantime,  you can always bet from the comfort of your home from  your desktop or mobile.  Feel free to visit the best USA online casinos and online sportsbooks with same day payouts.

After several amendments to the bill were rejected the committee made the decision to push the proposal to the back of its calendar. With the status of the bill uncertain, lawmakers have been working harder to improve the bill, collaborating with other stakeholders such as state officials and colleges.

Changes already approved include getting rid of a 10 license cap on sportsbooks. Bettors will be allowed to wager on the outcome of college events but prop bets will be prohibited. For example, a bettor will not be allowed to put money on how many points an individual college athlete might score. Another of the amendments made revisions to dictate that $2.5 million of annual proceeds would be used to help fund gambling addiction programs.

Proponents of the bill say that, if passed, it would help the state recover revenue that is currently being lost to neighboring states with gambling establishments close to their borders. The state would collect a 10% tax on the adjusted gross income of all licensed sportsbooks.

State Representative Jason Powell said, “Tennesseans continue to game. They are just not doing it in the state of Tennessee. They’re going elsewhere, or if they are doing it (here), they’re doing it through unregulated, illegal means where we are not collecting any revenue.”

There are still doubts about whether or not the bill will ultimately pass into law, despite the committee’s favourable vote. A reports from the Associated Press said that a Tennessee state Senate committee voted against the bill. Their vote, however, was not binding.

Tennessee state Governer Bill Lee has also said that he is opposed to sports betting legislation in the past. Media reports, though, have spoken of some of Lee’s staff working with lawmakers regarding changes to the bill.

Some members of the House committee also objected to the proposal based on moral grounds. State Representative Curtis Halford said that the legislation is not worth pursuing and the fact that some of the revenue generated would need to be used to set up addiction treatment for the very activities that the new law would legalise prove that.

Representative Chris Todd believes that sports betting would serve as a poor tax. He also pointed out that just because the state made funding available for addiction or mental health treatment that doesn’t mean that people who need those services would actually make use of them. “We need to know the consequences of opening this up to our neighbours,” he said.0