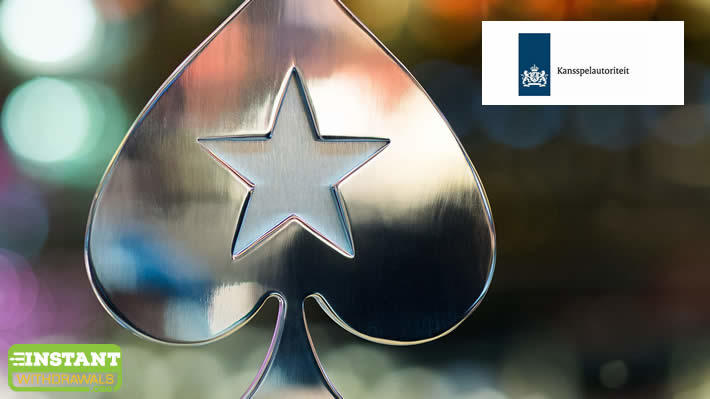 The Netherlands Gaming Authority has issued another large fine to an online casino for offering games to Dutch consumers without a local license to do so. This time it’s The Star Group (TSG), owner of the PokerStars online card room and StarsCasino.

The fine, in the amount of €400,000, has been levied against TSG Interactive Gaming Europe Limited. The Dutch authority has stated that the company has been found guilty of violating the country’s regulations regarding online gambling through their pokerstars.eu site.

According to current regulations set forth by Kansspelautoriteit (KSA) players in the Netherlands can only win money from operators that have been granted a valid license to provide casino products within the country. The KSA said that it conducted a thorough investigation in 2018 and determined that TSG was deliberately targeting Dutch customers and made use of the Dutch e-commerce payment system Ideal to handle deposits.

The Netherlands does not appear on the list of restricted countries for PokerStars.

As things stand now, there is only one licensed online casino within the country that can offer real-money poker to Dutch consumers. That brand, however, is only allowed to do so at land-based venues.

Kansspelautoriteit announced earlier in the year that there would be severe financial penalties for any online operator found to be offering their services to Dutch citizens without the proper license. The first operator to receive such a penalty was Casumo, which was fined €310,000. Casin.com, Electraworks, and Kindred were also fined €450,000, €350,000, and €470,000 respectively.

Licensing Criteria In The Netherlands

The Supreme Court of the Netherlands ruled in 1998 that poker is a game of chance. This, as you would expect, means that offering real-money poker games within the country requires a license.

The KSA has invited all potential operators of online gambling establishments to establish licenses before entering the Dutch market, but that will not be possible until the country’s Remote Gambling Act comes into effect within about one year.

As it is plain to see, though, the KSA is most definitely serious about the licensing requirements and is actively targeting operators who are willing to offer their services to Dutch citizens.