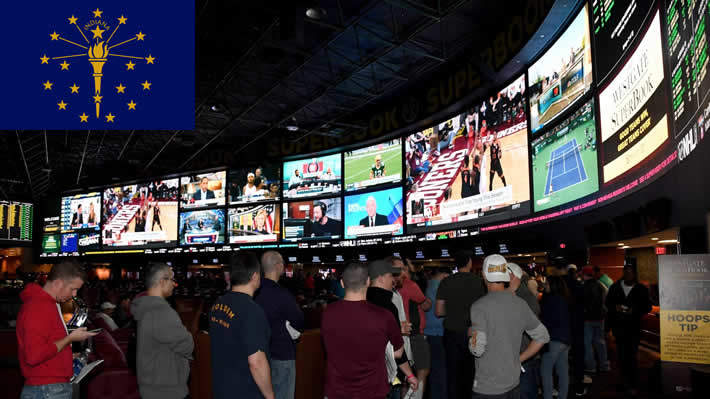 The state house of representatives in Indiana has voted to approve a bill that would make certain types of sports betting legal within the state’s borders. The bill will be returned to the state Senate for continued debate.

With 78 Representatives voting for the bill and only 15 against, SB552 was finally approved after undergoing several amendments in the last few weeks. The bill, with its new amendments, will now be returned to the state legislature’s upper house, where it was already passed in February. The amendments made by the House open the door to the possibility of even more changes to the bill, but the legislation is expected to be passed on to the desk of Governor Eric Holcomb for his final approval.

There isn’t much time, however. The current legislative session in Indiana closes on April 29, meaning that state lawmakers have just under two weeks to pass the bill into law if that’s what they are going to do.

The House Ways and Means Committee made a series of amendments to the bill earlier this month. Among them is a measure that will establish a 9.5% tax rate on the sports betting revenue earned by all licensed operators within the market. The original proposal set the fee for such licenses at $100,000. That amount has been dropped significantly to just $10,000. The state would also use 3.3% of the tax revenue generated from sports betting to deal with and treat problem gambling.

The market would be regulated by the Indiana Gaming Commission which would have authority to issue operators a temporary license to conduct business under specific circumstances.

The bill in its current form also includes provisions for a $100 million fee to be paid by the existing riverboard casino in Gary, Indiana if a planned move to land is carried out. It also grants permission for a new casino to be opened in Terre Haute.

The bill originally had some provisions for mobile wagering, but that language was removed by Indiana’s House Public Policy Committee. So far, lawmakers have not made any moves to introduce those measures back into the proposal. As things stand, there is nothing in the bill that addresses the legality of gambling from mobile devices within the state.

Eager bettors won’t have long to wait if the bill does get its final approval. If it goes all the way, the legal sports betting market in Indiana will launch on September 1, 2019.