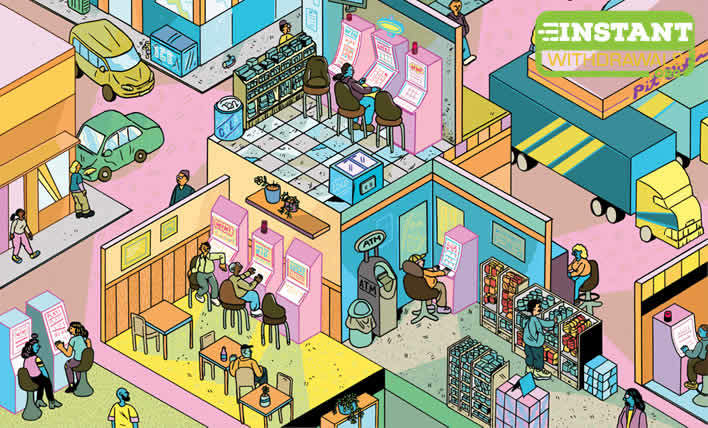 On June 28, the governor of Illinois, J.B. Pritzker signed a landmark gambling package that will make way for a huge casino in the city of Chicago as well as five smaller casinos to be set up in the southern suburbs of the city. Lawmakers and several Chicago mayors have tried to do something similar for years without success.

The development comes as part of a larger spending package that makes billions of dollars available for investing in the state’s infrastructure. The new legislation will make both land-based and mobile sports betting legal as well as increase the number of video gambling machines in the state and the maximum bet allowed on those machines.

The number of gambling “positions” within the state—which means the actual seats where one can sit and gamble within a casino, bar, or racino—will nearly double, jumping from about 44,000 to close to 80,000. As a result, many believe that Illinois will become the new “gambling capital of the Midwest”.

It’s possible that the gambling industry in Illinois could end up at about three times the size of any neighboring states. There will be 4,000 gambling positions in the new Chicago casino alone, which is three times more than any of the other ten casinos that already exist in the state. Most of those casinos, too, will see their total positions climb from 1,200 up to 2,000.

The overall package has been dubbed the plan to “Rebuild Illinois”. Speaking of it, Pritzker said, “Together we passed the largest, most robust capital plan in this state’s history. We’re investing $45 billion over six years to fix what’s broken and repair what’s needed.”

It’s expected that the state will take in about $2 billion from the initial licensing fees and around $400 million per year when the larger market reaches maturity. Supporters also say that the new casinos will help employment in the state, creating thousands of temporary construction jobs while the Chicago property will add an estimated 4,000 permanent jobs on its own.

The regional casinos will employ thousands more at their locations in Rockford, Danville, Waukegan, Cook County and Downstate Williamson County. Two of the casinos will be completely new properties, constructed from scratch and the other three will come as the result of upgrading existing racetracks to full-scale casinos.

Taking It Too Far?

Of course, one would expect that with so much gambling space about to be added, there will be just as many people opposed to the idea as there are supporting it.

Anita Bedell, the executive director of the Illinois Church Action On Alcohol and Addiction Problems, voiced the fears of many when she spoke to the Chicago Sun-Times. Part of her statement read, “While the governor and legislators are celebrating the signing of the bill, a large part of the funds for new buildings will come from Illinois residents losing their money in video gambling machines, betting on sports, gambling at stadiums and on cell phones and at more online casinos. This is a terrible way to raise money.”

The Illinois Casino Gaming Association (ICGA) has also proven to be an unlikely ally to those opposed to the gaming expansion. The ICGA remains sceptical about the move being beneficial. They have voiced the fear that such a sudden and drastic increase in the gambling positions within the state will lead to complete saturation in a market that is already crowded.

“This is a bill that will grow the number of gambling positions, but it’s not going to increase the number of gamblers,” ICGA director Tom Swoik told Propublica Illinois. “This state has not been business-friendly to the casinos from the beginning, and this bill doesn’t help that.”